The much anticipated Bollywood Opera Premier (one of the coolest culture project in Europe), has taken place this week. It was fabulous, beyond imagination:

Watch this video and see 700 people in the audience singing and dancing at the openingnight of BollywoodOpera.

Published by Stefan Engeseth on april 4, 2016 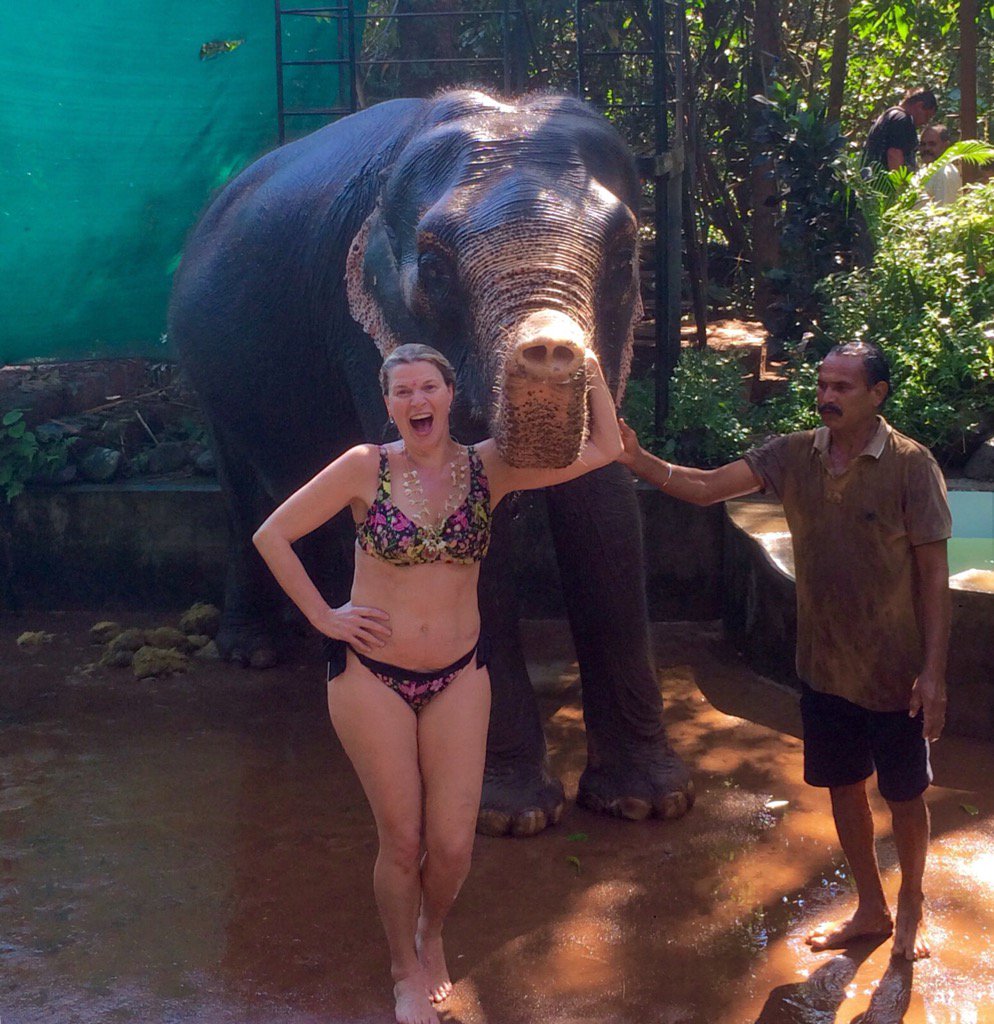 Published by Stefan Engeseth on december 26, 2008

Many concepts have often been so developed that they have lost its rots, and are not connected to what the corporations really are good at. I am a fan of Bollywood and sadly I have to say that they did exactly that (getting lost in the space of developing with no direction). But yesterday I watched the latest movie Rab ne banayi jodi with my favorite actor Shahrukh Khan (he is nr 1 in Bollywood). It was like watching a movie from the 1970 with a modern touch. Don’t think all people like it but in a world of terror and bad news I guess most people demand some romantic view of live from Bollywood (even if its innovation going backwards).

Published by Stefan Engeseth on april 9, 2008

Silja Line is now offering daily cruises between Helsinki and Stockholm. Nothing new with that, but now they are having a Bollywood them on their boats. That means that thousands of Vikings are now will enjoy India on board. There will be

Bollywood Dance Show, Indian food, drinks and even traditional henna painting.
Silja Line is using BollyBranding to offer a cold Scandinavia the warm feeling of Bollywood to connect to consumers. That is an excellent way of cracked the Swedish-Indian consumer code.

But they could do better in reaching the Indian community in Scandinavia by having the ads in Hindi (and other Indian langue). Also offering al the prices in rupees (Indian money). Now they only reach the Vikings – but that is not so bad.

Tata Nano a car from Bollywood

The Indian car Tata Nano looks like an insect to me. A bumblebee doesn’t know that they can’t fly and Nano are going to fly out on the market global market. That’s nice. If I was Debasis Ray Head (Corporate Communications) Tata Motors I introduced this new car as a Bollywood movie al over the world. And the only way to see the film should been to see it in a drive in cinema. Build the cinema central in towns and every person should only see it sitting in a Nano, after the film every person sitting in it can drive away with it for free. The persons invited to the film should be Indian friends, local stars, movie stars and winners of different media competitions (magazines, TV etc). This would build buzz, and tap into the old feeling of American culture (drive in car – safe and social). But I am not Debasis Ray how I guess have a lot of plans to fly this bumblebee around the world.

Bollywood is a storytelling langue

Published by Stefan Engeseth on oktober 1, 2007

Yesterday I was at the opening of the exhibition “Bollywood- Living gods of India at Öst Asitiska Museet in Stockholm.

The exhibition takes off in Indian films, and shows how contemporary India is connected to its past through stories and myths about love, gods and heroes. Starting out in Bollywood, the Indian film industry based in Mumbai (Bombay). Öst Asitiska Museet.

I really like Bollwood movies and it is interesting to see and here how the format is based on the way culture was told with storytelling (singing and dancing is a good langue).

Fortune Magazine on Hollywood vs. Bollywood

Published by Stefan Engeseth on november 21, 2005

Read Y.A. Pitalwalla article Hollywood vs. Bollywood in Fortune Magazine. The reporter has a great feeling for combing numbers with the fact that Bollywood is developing fast. Personally I think it will explode when stars like Julia Roberts, Brad Pitt and and some other Hollywood stars start to act in ONE Bollwood movie where both culture meet.

The export of Bollywood is going to get the rest of the world
more innovative and move their business. Only watch
ONE of their film and soon you will start dancing
in your next meeting or in the boardroom.

1. Every government need a kick-ass CIO
2. 75 million readers of Sharkonomics?
3. #AI is mindblowing for #business
4. New book: Democracy in Decline by Philip Kotler
5. Banks – where is the Love?
6. 6 minutes of shame
7. How construction will be disrupted: Sharkonomics interview in the AEC Business Podcast
8. BollywoodOpera is the Cirque du Soleil of the Operaworld
9. 600 car dealers in standing ovation
10. AppleCurrency with Steve Jobs on the coin

Published by Stefan Engeseth on juni 1, 2016

1. 75 million readers of Sharkonomics?
2. Evolution vs. Disruptive = Move or Die
3. The best engineer gets people (because they have to).
4. HP: Keep Reinventing
5. BollywoodOpera is the Cirque du Soleil of the Operaworld
6. 6 minutes of shame
7. Our culture is based on a blank slate
8. Virtual reality: You need to make it social
9. 600 car dealers in standing ovation
10. AppleCurrency with Steve Jobs on the coin

Published by Stefan Engeseth on december 15, 2011

Last week in London, I attended a concert with Korean pop (K-pop), it was different, a United Cube concert with different artist. In a world where most music, brands and products are similar trendsetters look for uniqueness to set the standard for tomorrow. For me this concert was more than different. The music, the dance and the performance was like a melting pot off everything in the world from Bollywood to science fiction and spiced up with talented Korean artists.

Watch this video filmed by a fan and showing thousands cameras sending the concert online to friends and fans all over the world. Onstage is the Korean artist Hyuna performing her Bubble pop.

The whole concert was like a YouTube event – never seen so many cameras live. When will brand performance become as unique as K-pop – worth filming and spreading?
Thanks to Martin and Jennifer for introducing me to K-pop.