Published by Stefan Engeseth on december 23, 2012 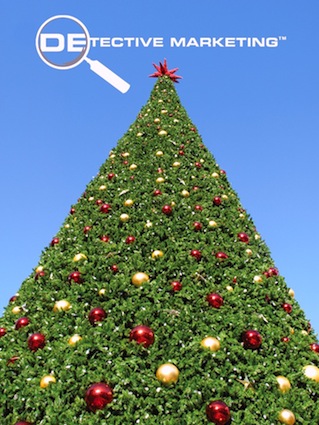 Value has no value

Published by Stefan Engeseth on december 21, 2012

Value has no value

Published by Stefan Engeseth on december 17, 2012

Thanks to hero Jack Yan.

Published by Stefan Engeseth on december 13, 2012

Read this sharp Sharkonomics review from the US tour in Chicago.

…nature works @ a higher level than strategy.  The problem with reading books & implementing what you read is that they require deep dives into research, which takes a lot of time.  When you finally see a sign that there’s a shark behind you, it’s too late to do anything about it & it eats you up.
Michael Muth, Intlalliances.wordpress.com

Published by Stefan Engeseth on december 6, 2012

A meeting with the legend Philip Kotler in Chicago

Published by Stefan Engeseth on december 3, 2012

The man, the myth, the legend Philip Kotler met our Stefan in Chicago at The Kellogg School of Management.

Few people have meant as much to marketing knowledge as Professor Philip Kotler.

To meet the person gave a legendary memory.

Published by Stefan Engeseth on november 27, 2012

A four-week Sharkonomics book tour whetted American appetites. The tour bus run across the United States with the principal organizer The Swedish-American Chambers of Commerce at the wheel.
Despite storms and presidential elections businesses people around the United States attended The Swedish-American Chambers of Commerce events in Silicon Valley, Boston, Chicago, Denver, Los Angeles, Minnesota, Phoenix, Colorado, Philadelphia. A hungry crowd from Disney, Google, Cisco, Nokia, Stanford, Skanska listened to our Stefans’s lecture on his book Sharkonomics (see reviews from the attendants below).

Great thanks to the all the organizers of this tour that gave both memories and friends. Special thanks to The Swedish-American Chambers of Commerce who arranged and coordinated the tour elegant! Other events were also arranged in collaboration with the American Marketing Association, Thunderbird School of Global Management and Silicon Vikings (with moderator from Berkley).
The tour gave us requests that are sufficient for a new U.S. tour.

Three things that gave the lectures an edge:
1. Permission to use images of the world’s best shark photographer Chris Fallows.
2. Permission to use world-class management guru Jim Collins model in the book.
3. American audiences are the best in the world. They are demanding and in the same time giving and contributing to the lecture.

Reviews from U.S. tour with taste

Stefan’s Sharkonomics speech was presented in a very charismatic way. To draw parallels between corporate and sharks behavior created discussions and a new way of thinking. Stefan offered a lecture filled with energy, creativity, experience and participation from the audience. Something I can highly recommend for upcoming events!
Christoffer Blomberg, Marketing Manager of The Swedish American Chamber of Commerce in San Francisco and Silicon Valley
Stefan’s book Sharkonomics is blood for sharks and steel cages for their prey.
David Charron, Haas School of Business, UC Berkeley
Stefan Engeseth ‘rocked it’ at last nights lecture on his thought provoking Sharkonomics speech. I liked your combination of humor and directness when it came to looking at an opportunity or in your parlance, shark food.
Eric Snelz, President, The American Marketing Association, Phoenix Chapter
Stefan Engeseth brings Sharkonomics to life with quick witted-analyses, personal presence, and an uncanny talent for interacting with the audience.
Maria Bergman, President of Swedish American Chamber of Commerce Chicago
On behalf of SACC-NE, I wanted to thank you for an excellent Sharkonomics presentation. Not only were you able to captivate and entertain the fifty people attending,but I had several members reach out to me afterwards commenting on the great energy in the presentation. Your ability to distill core shark principles and apply them to businesses at different stages in their life cycles was both challenging and inspiring.
Rasmus Goksor, President of Swedish American Chamber of Commerce of New England
Thank you Stefan for a great evening with Sharkonomics, November 1. It was a true pleasure to see you interact with the top quality audience at Thunderbird School of Global Management. With the assistance from the American Marketing Association Phoenix, and the many representatives from Thunderbird, SACC-Arizona enjoyed the best event this year featuring a guest from Sweden, now also considered a great friend. The law of nature inspired theme and strategies presented resulted in plenty of discussions that continued for hours at the networking reception following the event. We very much look forward to follow your continued success in the United States.
Tobias Lofstrand, President of The Swedish-American Chamber of Commerce Arizona

Blog entries from the U.S. tour whetted American appetites
1. Tablet War Week: Will look small if Facebook jumps in the water
2. 4 Leadership Principles of Sharks
3. Obama’s Re-election: Knowing your Environment is the Key to Success
4. Obama please elect the American people to be their own president
5. 10 points for smaller sharks for attack and defence

Published by Stefan Engeseth on november 26, 2012

Few authors have demonstrated more impressive research than Jim Collins has in his book How the Mighty Fall. It is an honor to have the permission to reprint Mr Collins model The Five Stages of Decline from his mighty book in my book Sharkonomics.
Mr Collins reveals in his book How the Mighty Fall such corporations as Bank of America, Motorola, Merck, Disney, IBM, HP and others nearly fell by making the wrong moves. In my opinion these corporations felt as unsinkable as the mighty Titanic which sadly ended up feeding the sharks. If there had been any readers of Sharkonomics around at that time, when the mighty were stumbling and making the wrong moves, most of them would never have survived. They simply would have ended up like the Titanic, becoming good-to-great-shark food.

Jim Collins’ model describes the five stages of decline:
1. Hubris born of success.
2. Undisciplined pursuit of more.
3. Denial of risk and peril.
4. Grasping for salvation.
5. Capitulation to irrelevance or death.

In my opinion the model looks like a shark’s dorsal fin.

A good stage to execute an attack is in stage four. At that stage the mighty prey is weak and out of focus. This is the time for the predator to show its dorsal fin above the surface and spread fear and panic in the organization. When the prey is in denial about its mortality, it will not survive in the “grasping for salvation” stage, and will fall victim to a brutal predator attack.

I would argue that most corporations have made a lot of bad moves and nearly been killed themselves in doing so. The only reason why the likes of BP, Toyota, Apple, Microsoft, HD, GM, IBM have survived is due to laziness on the part of their competition!

Published by Stefan Engeseth on november 23, 2012

Listen to this Sharkonomics interview on The Jordana Green Show at CBS Radio.
Jordana Green and me on the picture.

Thanks to Aisha Friswold, President of Swedish American Chamber of Commerce, Minnesota.

10 points for smaller sharks for attack and defence

Published by Stefan Engeseth on november 22, 2012

1. Dive with fleshy friends.
2. Dive below surface to find new opportunities.
3. Team work, like sharing a whale (team workers also taste good).
4. Do less, bite harder (saves energy).
5. Take a test bite (blood in the water is always bad news).
6. Big prey are vulnerable – they underestimate attack from a smaller shark.
7. Bite off the fin (make them sink).
8. Swim together to look bigger and stronger than you actually are.
9. Use social media to find preys and spread buzz.
10. Move faster than your environment.