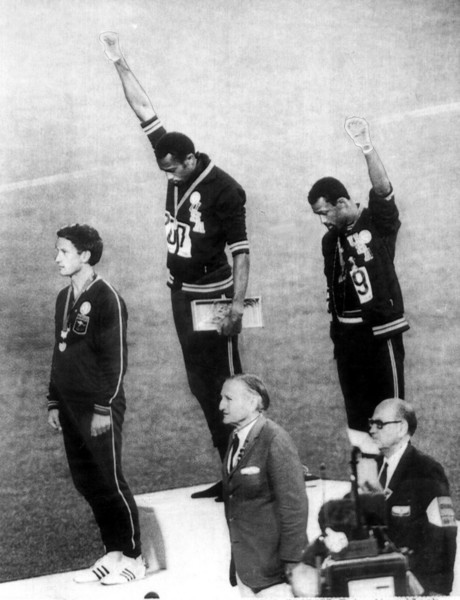 It did take 40 years from 1968 OS black-gloves to 2008 change into white-gloves, and the man joining them on top of the winners’ stand is President Barack Obama.
Now it’s not more about what colors we have, it’s about how we can change the world. That is the reason for why we change the black-gloves to white-gloves in the classical picture. We hope that from now will black people how stands for this will have white-gloves and white people black gloves and the rest mix it up to show that the world is not about colors anymore its about change.

I will never forget who this victory truly belongs to – it belongs to you.
Barack Obama, Election Night 2008