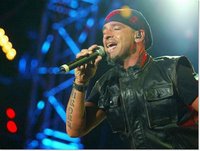 Italian super star Eros Ramazzotti hold a concert for 100.000 fans at Stadio Olimpico in Roma. In the old days the audience use there lighter to contribute and be a part of the concert. Today not so many smoke, so they used their mobile phones. Eros told the 100.000 fans to put on their mobile phone. Then suddenly he got double size of the audience (photos, filming, and phone calls). This gave him a live audience online by mobiles, and it will “feed the story” of the concert and the phone calls was fun to make for his Italian fans “I am here with Eros and you are not, but I will tell you later – listen now”
Why not try “Eros mobile storysinging” at the next board meeting? Start by take up your phones and call some costumers so they can listen to your board meeting live?